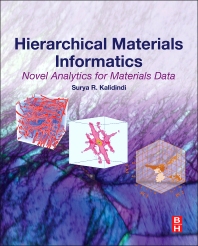 Prof. Kalidindi's research efforts over the past two decades have made seminal contributions to the fields of crystal plasticity, microstructure design, spherical nanoindentation, and materials informatics. His work has already produced more than 225 journal articles, six book chapters, and two books. His work is well cited by peer researchers as reflected by an h-index of 65 and a current citation rate of more than 1700 citations/year (Google Scholar). He has recently been awarded the Alexander von Humboldt award in recognition of his lifetime achievements in research (2013). Prof. Kalidindi has been elected a Fellow of Alpha Sigma Mu (2010), American Society of Mechanical Engineers (ASME; 2011), ASM International (2011), and The Minerals, Metals, and Materials Society (TMS; 2015). Most recently, he has been selected by the Department of Defense as one of 11 distinguished faculty scientists and engineers to join the 2018 Class of Vannevar Bush Faculty Fellows.

Dr. Kalidindi's research interests are broadly centered on designing material internal structure (including composition) for optimal performance in any selected application and identifying hybrid processing routes for its manufacture. To this end, he has employed a harmonious blend of experimental, theoretical, and numerical approaches in his research. He is especially interested in the following topics.